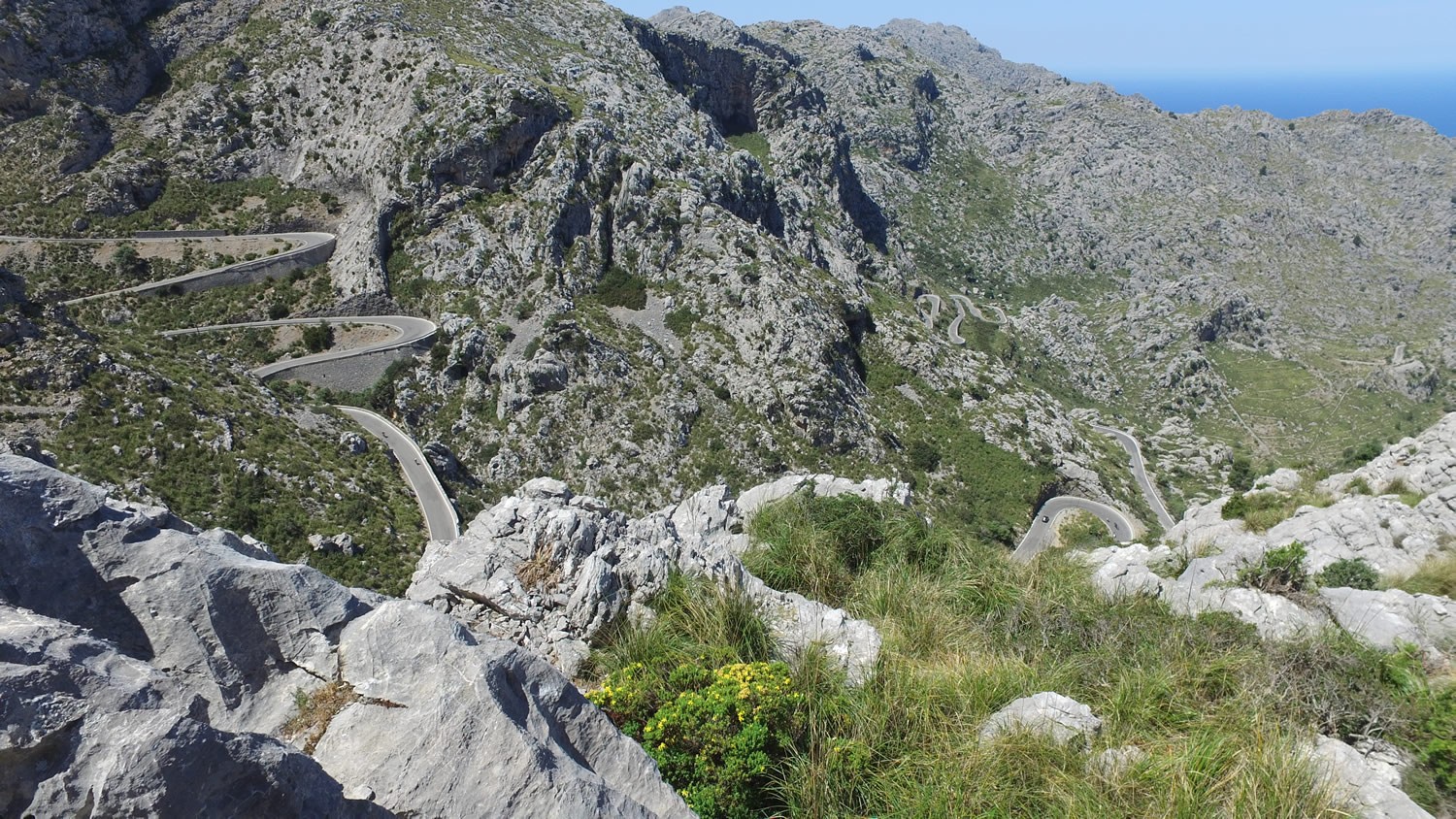 You have possibly seen it in pictures or heard about from other cyclists and many will have made the trip to Mallorca just to try it out. I'm talking about the Sa Calobra cycle ride, the most challenging 10 kilometres climb on the island, with an average 7% gradient and 26 hairpin bends.

Designed in the 1930s by Italian engineer Antonio Parietti, who incidently also designed the Puerto Pollensa to Cape Formentor road, it is a unique ride which requires you ride 9,9 km down to the Sa Calobra beach to then turn round and cycle back up!

Using Puerto Pollensa as a base camp and starting point works well for the Sa Calobra route and gives you a good 93 km loop to get your teeth into. This may not be the Alps or even the Pyrenees, but it is the star route on the northern coast of Mallorca.

Puerto Pollensa is Mallorca's northernmost cycling hub, a smallish seasonal coastal town on the Bay of Pollensa, 6 Km from Pollensa Old Town and the beginning of the Tramuntana Mountains.

It is a practical place to stay as you are near the best climbs in the Tramuntana Mountains, near the scenic coastal routes and also near the central plains which offer miles of rolling flats.

During the peak summer season Puerto Pollensa is primarily a family orientated, holiday resort with child friendly hotels, beach hotels and boutique hotels on the seaside and in town, catering to the vast numbers of young families and retirees holidaying in the area. But in autumn and spring, once the schools draw families home again, Puerto Pollensa becomes a central base camp for cyclists from all over the world, and the Sa Calobra climb will be top on their minds. 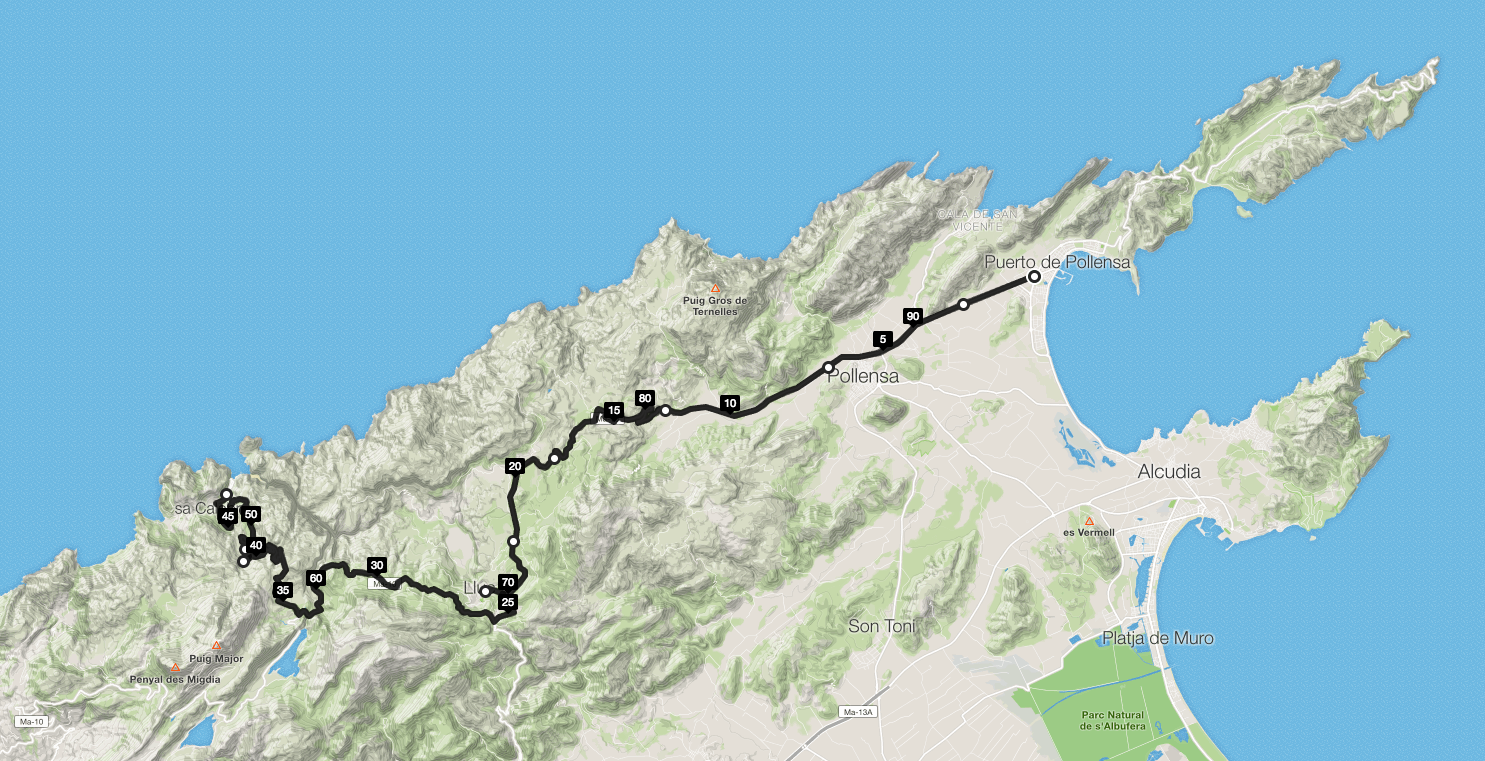 A Cat 1 ride, the Puerto Pollensa to Sa Calobra has 2200 m of total elevation and will take around 4 hours.

Head out from Puerto Pollensa to Pollensa and carry straight on at the roundabout towards Lluc. The Lluc road starts climbing straight away and will take you over the Coll de Femenies, a Cat 2 climb, up to the 13th century monastery at Lluc, a good first pit stop with a couple of little cafes.

From Lluc, take the M-10 road towards Soller, which will take you past the two mountain reservoirs; Gorg Blau and Cuber, where the roads flattens out for a bit and then up to Puig Major, Mallorca's highest mountain at 1,445 m, and then downhill for 15 km to Soller.

There are obviously countless alternatives and variations to this route and you can return the way you came, which makes this a 93 km ride, or head down to Selva, Inca and back to Pollensa that way for a slightly longer 112 kilometre ride.

Getting to Sa Calobra is the easy bit; it is getting out when the ride starts to get interesting.

Unless you take the boat over from Port de Soller you will have to descend from the Sa Calobra junction. This way you will have seen all the 26 hairpin turns on the way down and be able to prepare yourself mentally for the coming climb, or chicken out and take the boat back!

The ascent starts fairly gently, but pace yourself, it gets progressively steeper and between km 7 and 8 the gradient reaches around 10%.

It is only 10 km, or 20 km down and up again, but the Sa Calobra route is the main reason most cyclists come to Mallorca in the first place, and as challenging a ride as you will find on the island.

Traffic varies hugely depending on the season in Mallorca, in line with the weather, and although local drivers are careful and respectful for the most part, the Sa Calobra road gets packed with tourist buses and hire cars in summer, so is best avoided, or at the very least tackled very early in the morning.

This rule of thumb applies across the board and it is generally preferable to steer clear in the peak season, and take cycling holidays in Mallorca when the roads are clear again. Not only is out of season safer for cycling, but it's also much more enjoyable. 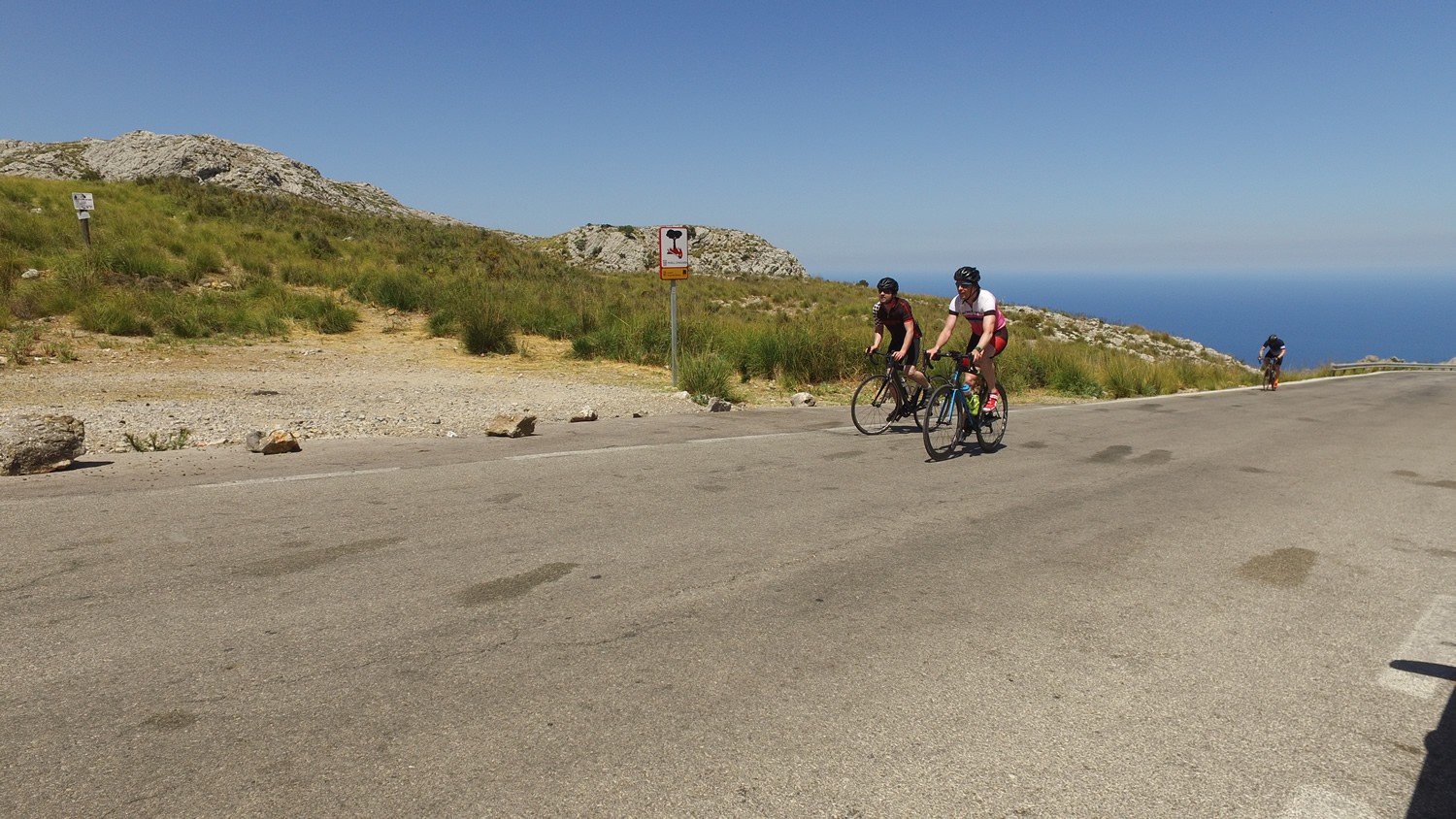 Much the same can be said about the weather: the island's Mediterranean climate makes it cycling friendly practically all year round, with pro-cyclists training in Mallorca as early as January, when the north European roads are covered in ice, and continuing as late as June.

The Sa Calobra road is quite exposed and in summer temperatures can reach 30ºC by midday, so if you are going to do the route in summer, make sure you carry enough water and stay hydrated.

Cyclists start to return in mid-September, once school open again and the family holiday business begins to subside. Spring and autumn are wonderful for cycling in Mallorca! 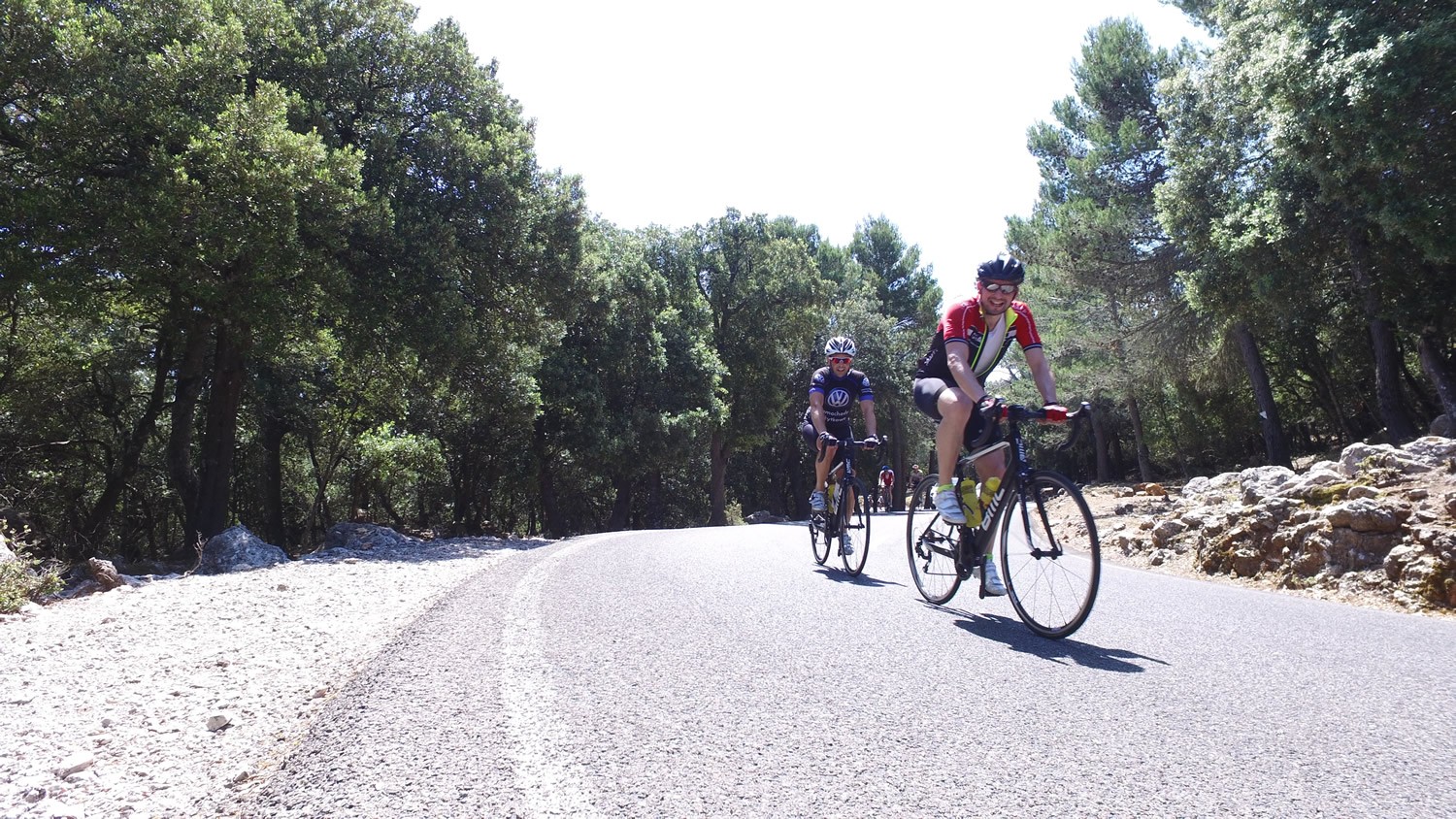 Cycling is the main reason you are here and the climbing is strenuous to say the least, but this is an area of incredible natural beauty, so don't forget to look at the views, they are worth it!

And please be mindful and don't throw any rubbish or plastic bottles away on your ride, tons of rubbish gets thrown into these stunning mountains every season, not only littering the roads but getting washed into the sea. 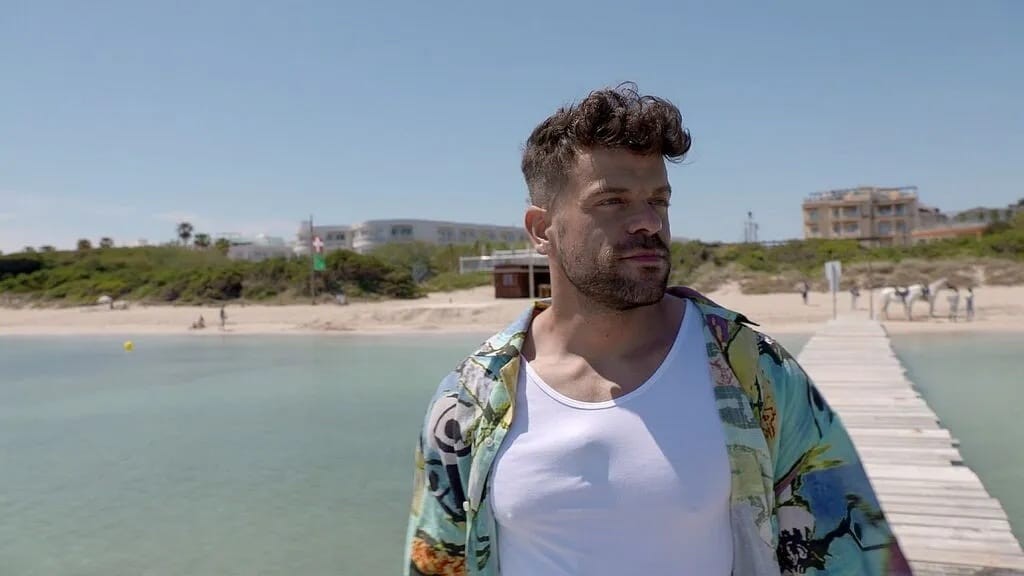 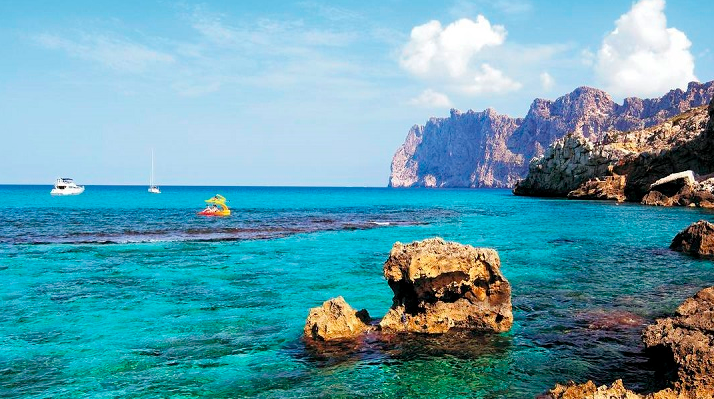 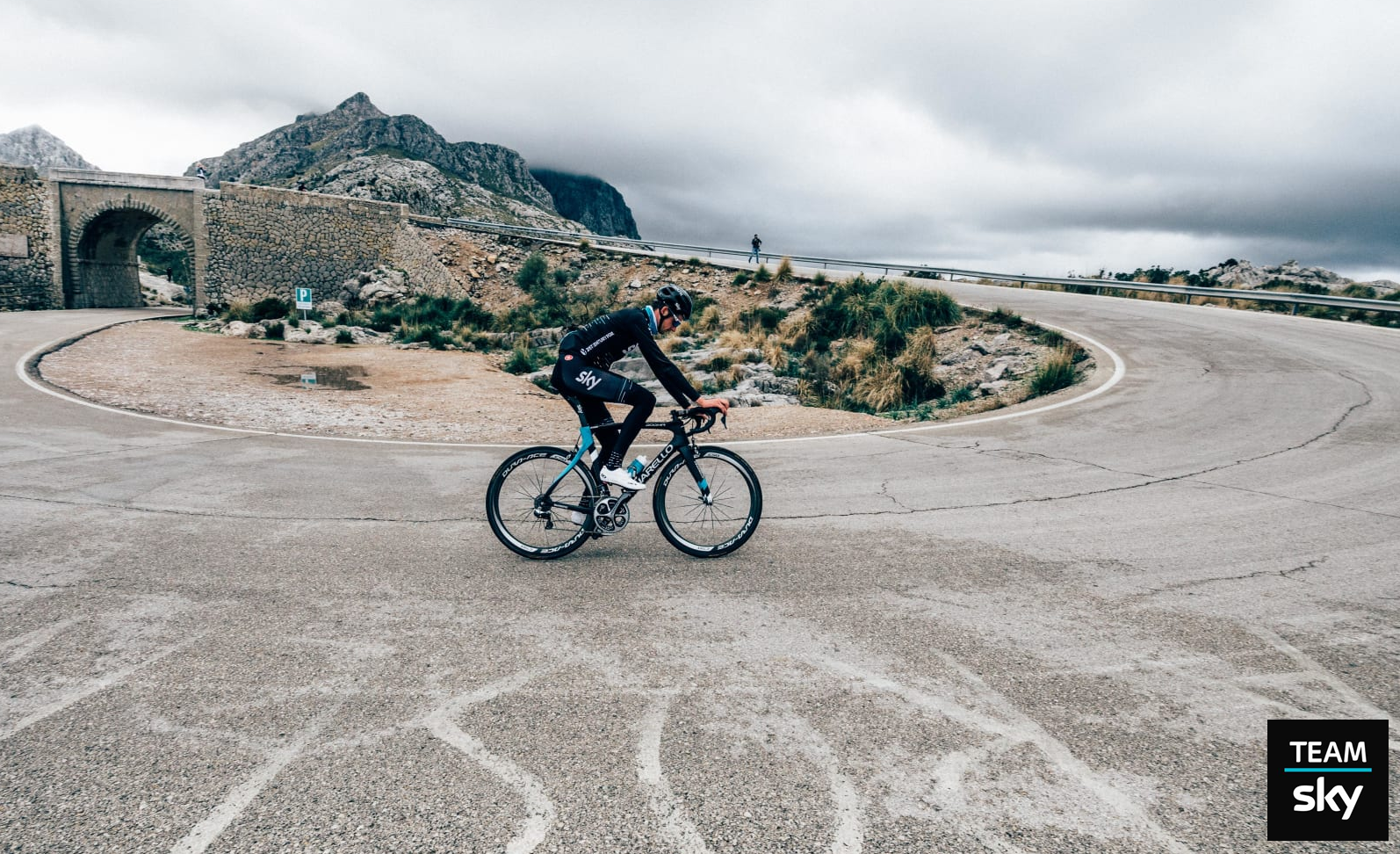 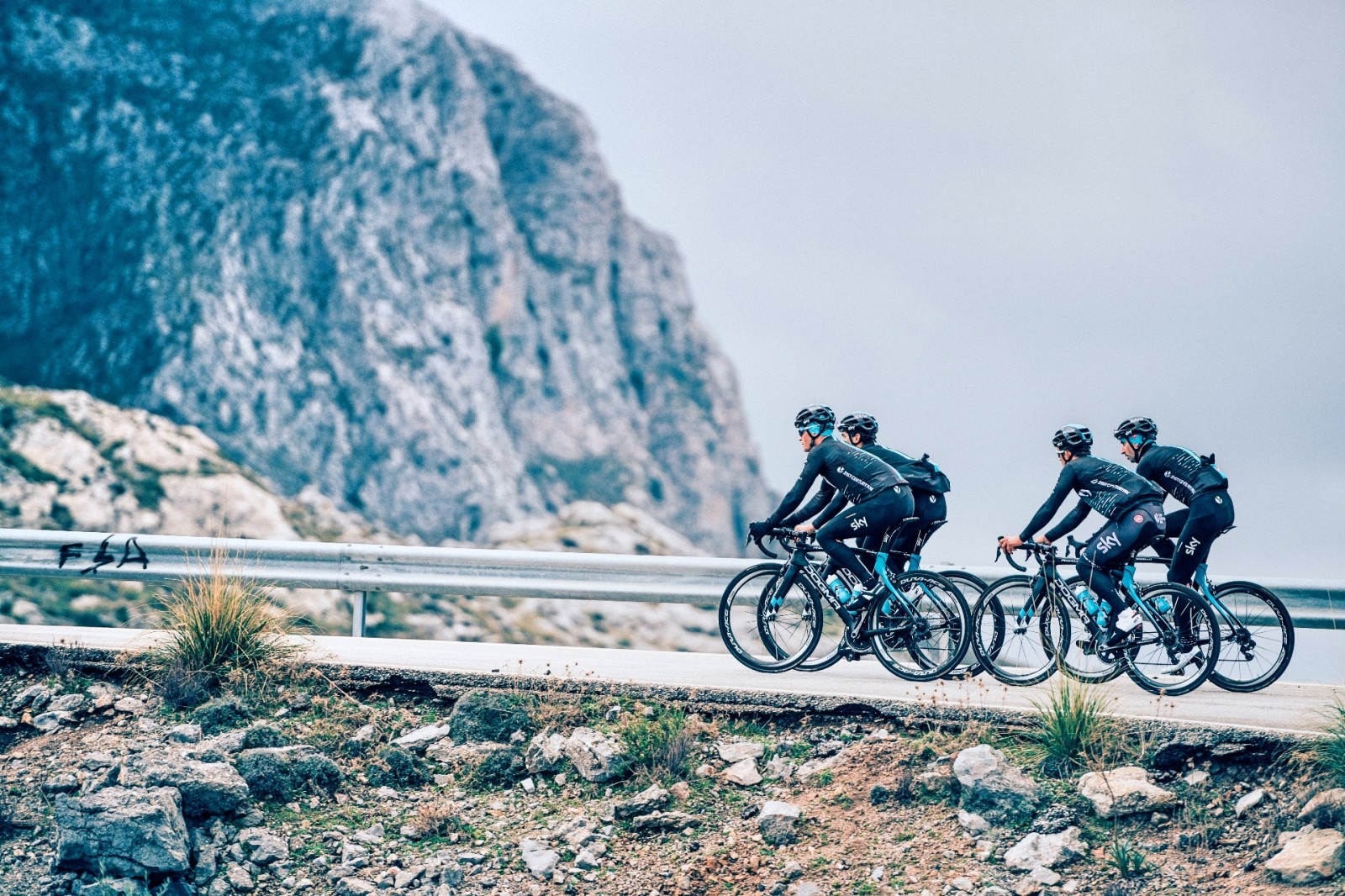 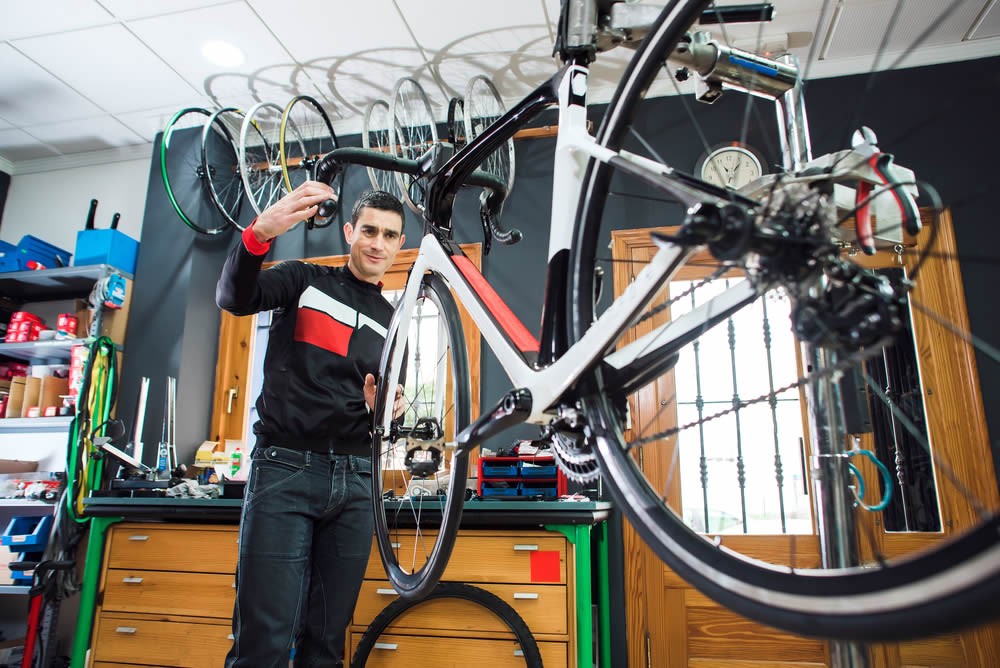